Changes to both ownership and management structure of ESA logistika 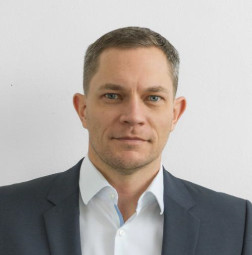 The up to now majority share owner Hitachi Transport System, Ltd. Becomes the sole owner of the logistic and forwarding company ESA logistika.

The founders of the ESA group Messrs. Roman Pekrt and Zdeněk Zahrádka leave the ESA group companies structure. By now, Hitachi group has controlled 51 % of the ESA logistika shares.What will happen in connection with the change of the owner is the change at the ESA logistika group Managing Director position. Starting from 17. 12. 2018., Mr. Marek Cvačka has been appointed to this position.

Mr. Marek Cvačka graduated from the Transportation Faculty of the Czech Technological University and before he joined the ESA group, he had worked for the international group Danone and companies Datart International, IKEA and Letiště Praha.

ESA logistika ranks among ten biggest logistic companies based in the Czech Republic. In 2017, the entire group that is active also in the Slovak and Polish market, in addition to the Czech one, generated revenues worth approx. CZK four billion.