As a Phoenix arising from the ashes …. 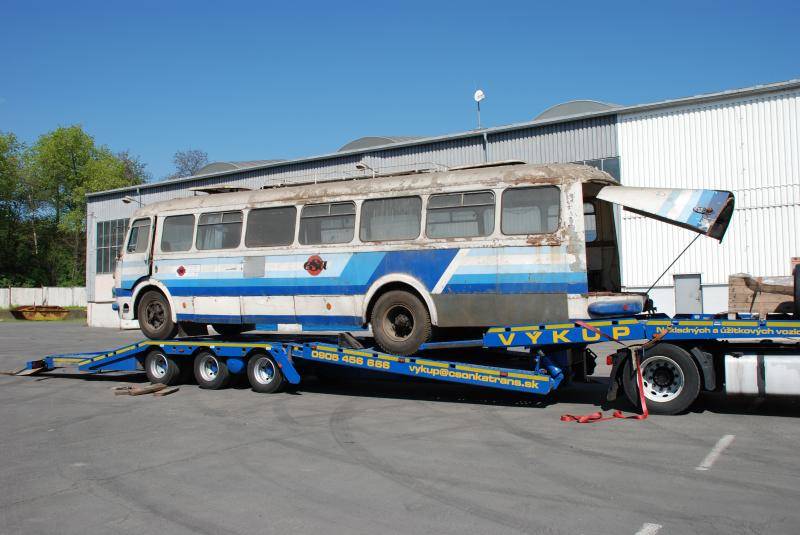 Maybe You do not believe in a mythical bird Phoenix, however, a very similar miracle is ready for our first ESA “Truck”.
Originally it was constructed as a tour bus in 1972. It gave a lift to many tourists and drove many kilometres on regular routes until ESA purchased it in 1989 and modified it to a “freight bus”. The seats were removed and a hinged rear door was installed. In these pioneering times of emerging logistics companies in the Czech Republic this bus served ESA until 1993 even for moving services. It was then stored as a substantially used exhibit in ESA garages and it was waiting to be restored. In 2017 there was a call from one transport company based in Štůrov, which owned a similar bus, however, in a much worse condition, and asked us for ours. The aim is to make one really beautiful retro tour bus from these two. Once this project is successful, the restored bus will again transport tourists, especially children, and it will spread happiness when going for unforgettable adventures. Beautiful destiny, isn´t it?
This photograph is from loading our ESA “Truck” before departing to faraway Štúrov. Good luck! Many workers who have experienced the birth of ESA, currently large logistics company, have come to say goodbye and they are surely going to remember Our First … and maybe we will take a ride again.

We use cookies to ensure you get the best experience on our website. If you continue to browse our site, we assume that you consent to the use of cookies.I agreeNoPrivacy policy
Revoke cookies