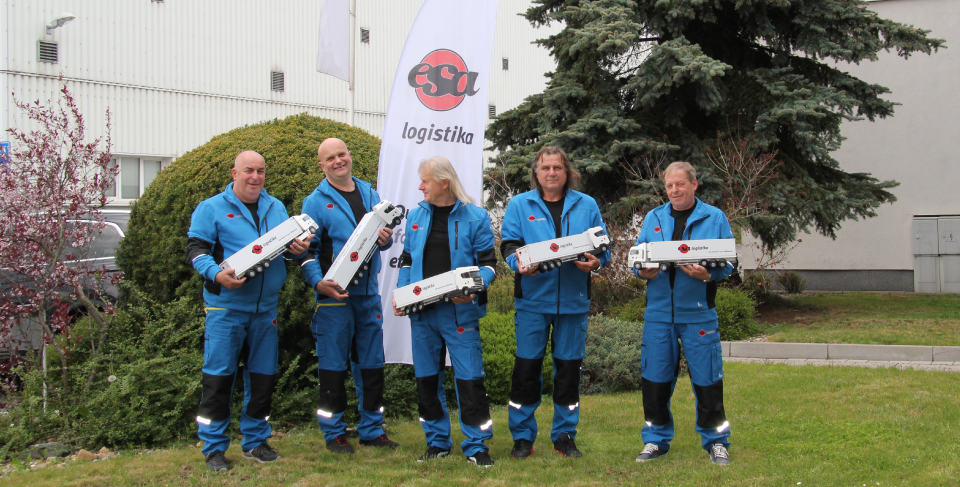 A representative of the ČESMAD Bohemia association, which is a member of the IRU * (IRU – International Road Transport Union), presented five of our drivers with IRU honorary diplomas. This is a special “Diploma of Honor” award for drivers who meet the set conditions, and its award is decided directly by the Union’s Executive Presidency in Geneva.
The conditions that drivers had to meet to receive the award were not easy, but they all met them several times:
Awarded drivers must have been actively and properly practicing their profession for at least twenty years. He must have worked for the same transport company for at least five years and had at least 1 000 000 km on his account as a professional driver, without having caused a serious accident resulting in an accident for the last twenty years through his own fault. The strict standard also applies to offenses – during the last five years, the awarded driver must not have committed any serious traffic, customs or other administrative offense. An honorary diploma can be awarded to a specific person only once.

In the second week of May, the following ESA logistika´s drivers took over the diplomas from Zdeněk Zahrádka, who represented the ČESMAD Bohemia association:

During the handover ceremony, the drivers of ESA Logistika, Marek Cvačka, thanked and praised the drivers, and dispatchers from the relevant transport centers handed over the faithful model of the truck to the awarded drivers.

Although today’s modern vehicles contain many devices that increase road safety and partially make work easier for drivers, with today’s traffic density and the need to get to the customer or warehouse in time, it is still a stressful, difficult profession, requiring constant attention, experience and sometimes strong nerves. . That is why we are glad that we were able to appreciate our colleagues – drivers who met the strict conditions for the award of an honorary diploma. We really appreciate their flawless work and loyalty to our company.

* The International Road Transport Union (IRU) represents 3.5 million companies from around the world operating in bus, freight and taxi transport from more than a hundred countries around the world. The Union was founded in Geneva in 1948.